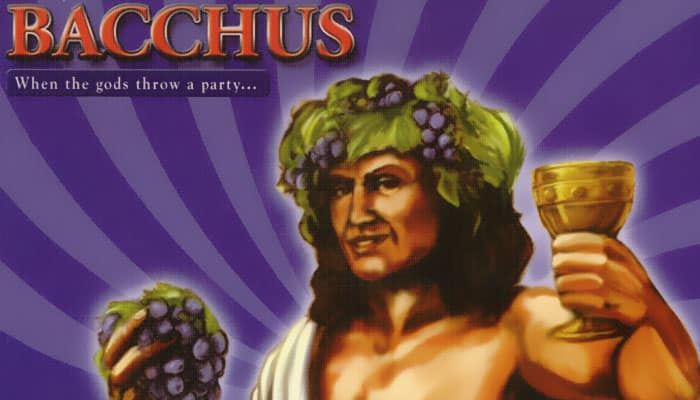 
On his turn, a player may do one of the following:

Important: At the time of the kidnapping, players may choose one of the would-be kidnapped Maenad Cards and keep it in their hand instead of placing it in their kidnap pile.

Example: You play a 3-2 Satyr Action Card. You can decide to use the card normally, choosing a column and sending the topmost card to Bacchanalia 3 and the next one to Bacchanalia 2.

Or, since 2 out of 5 of the topmost Maenad Cards show the Satyr symbol, (see Setup) you may want to use the card to kidnap the orange and yellow Maenad cards and add them to your kidnap pile (optionally keeping one of them in your hand).

Some Maenad Cards bear a Bacchus symbol. When such a card is the topmost card in a column (see Setup - topmost blue Maenad card in far left column),you may move it to the topmost position of another column before playing an Action Card on your turn.

When 4 out of 5 columns have no more Maenad Cards left in them, the game is over and all players reveal the Maenad Cards in their hands.

The player with the most Maenad Cards of any one color wins all of the points for that color in each Bacchanalia.

Important: In the case of a tie, all tying players score the whole value of the color. They sum up all the points they receive and add the value of their kidnapped Maenads, according to the Satyr Kidnap Scoring Reference Card.

The player with the largest total points is the winner-the most clever and the naughtiest Satyr!

Anna wins the yellow cards-she has the most yellow cards-so she scores 17 points. She kidnapped 5 Maenads (her "house"), which are worth 8 points. Her total, therefore, is 17 + 8 = 25 points.

Carlo has the most pink cards, and the same number of orange cards as Dario. He kidnapped no Maenads, so his total is 10 + 20 = 30 points.