From Moscow to Washington, from Paris to Rome, and even in London Town, national administrations remain utterly helpless as we enter the second month of a marked uptick in global supervillainy.

High-profile disappearances of scientists and officials worldwide have left investigators at a stand, while monuments vanish and fighting between rival villains erupts in the streets.

Massive machines of enormous military capabilities have been reported in the remote corners of the world, and one can but wonder: how will national militaries stand against mechanical monstrosities of such fearsome firepower?

And through it all, London's own celebrity detective, Mister Sherlock Holmes, remains unaccounted for. Scotland Yard reports no leads in the ongoing investigation.

Truly, the world is fruit ripe for the plucking for the most vile, the most conniving, and the most evil Victorian Mastermind!

Sherlock Holmes is dead! And with London's greatest detective out of the way, those with villainous minds decide to wreak as much terror as possible on the populace - and you are one of those dastardly no-goodniks!

While Europe sits unprotected in Victorian Masterminds, you and other players send your henchmen to different cities to use their varied abilities, collect material for your steampunk-inspired contraptions, destroy buildings, and complete missions.

At the same time, the Secret Service follows your path of destruction. Every contraption is unique and allows you to take different actions, leading to highly strategic, asymmetric gameplay.

In more detail, during the game, players take turns placing one of their five agent tokens - Henchman, Machine, Saboteur, Pilot, Number 2 - face down on one of the five action spaces.

As soon as three tokens are on a space, those tokens are flipped and activated, first in first out, with each agent carrying out its individual action in addition to whatever takes place in that space.

When an evil mastermind completes their contraption or the Secret Service brings this villainy to a halt, the game ends, and whoever has generated the most victory points wins. In Victorian Masterminds, you and your fellow villains are racing to collect the most Mayhem Points! Will you construct your nefarious Machine? Will you capture the great Buildings of Europe? Will you collect brilliant Scientists and Codex Tokens? … 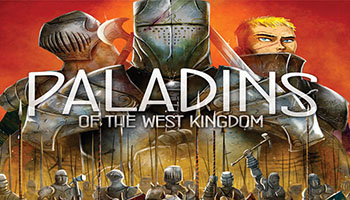