Nine species came together during the great Confluence. Not to wage war or bicker, but to commit themselves towards building a single joint society where every species would be the equal of the others and every new innovation would be shared between them all.

And yet, these peoples were utterly alien to one another. With no shared cultural heritage, they thought of "equality" very differently. Each wanted their own ideals at the core of the growing society. What followed would be the single most aggressive cooperation the galaxy had yet seen.

Sidereal Confluence: Trading and Negotiation in the Elysian Quadrant is a singularly unique trading and negotiation game for 4-9 players. Over the course of the game, each race must trade and negotiate with the rest to acquire the resource cubes necessary to fund their economy and allow it to produce goods for the next turn. Scheming, dealing, and mutually beneficial agreements are key to success.

While technically a competitive game, Sidereal Confluence has a uniquely cooperative feel during the trading phase as no race has the ability to thrive on its own. Trade well, and you'll develop technologies and colonize planets to form a civilization that is the envy of the galaxy.

Each player chooses one of the nine unique and asymmetrical alien races that have come together to form a trade federation in their quadrant. Each race has its own deck of cards representing all the existing and future technologies it might research.

Some races also have other cards related to unique features of their culture. These cards represent portions of the culture's economy and require spending some number of cubes to use, resulting in an output of more cubes, ships, and possibly victory points.

Since each culture's outputs rarely match their inputs, players need to trade goods with one another to run their converters to create the resources they truly need to run their society most efficiently and have an effective economy. Almost everything is negotiable, including colonies, ships, and all kinds of resources.

Each game round contains an open trading phase in which all players can negotiate and execute deals for cubes, ships, colonies, even the temporary use of technologies! Players with enough resources can also research technologies, upgrade colonies, and spend resources on their race's special cards during this phase. Once complete, all players simultaneously run their economies, spending resources to gain more resources.

The Confluence follows, starting with players sharing newly researched technologies with all other races and following with bidding to acquire new colonies and research teams. Researching a new technology grants many victory points for the prestige of helping galactic society advance. When one race builds a new technology, it is shared with everyone else. Technologies can be upgraded when combined with other technologies.

The ultimate goal is victory points, which are acquired by researching technologies, using your economy to convert resources to goods, and converting your leftover goods into points at the end of the game. Players represent alien civilizations that are trading resources and inventing shared technology. Each new technology increases the abilities of all the players, but grants the inventor many victory points.

Players can also invest in colonies to improve their economy or use social converters to turn resources directly into victory points. The objective is to acquire the most points in six turns.

Converters produce resources, ships, and points. The resources are traded with other players to acquire the best possible mix for the next turn, and then are spent to run converters and invent technologies. …

Victory points represent influence over the developing society. Points are kept hidden by flipping them face down and keeping them behind the player's screen, and they cannot be traded.

Resources are wooden counters that represent various trade goods. Resources are distinguishable by their color, size, and shape. One point () is worth roughly one octagon () or two large cubes () or three small cubes ().

Ships are used to bid on colonies and research teams. Ships can be traded and are worth roughly one small cube. Each species' ships look different, but the rules treat them as interchangeable. …

Each alien species requires different skills and perspective to play well. It is important that you find one that matches your play style, both to do well and to have the most fun.

For new players, the Kt'Zr'Kt'Rtl is the easiest to play, followed by the Caylion, Kjasjavikalimm, and finally Faderan. A skilled new player is likely to do well with the Im'dril.

The Eni Et and Unity require very active and pushy trading to do well and tend to be difficult for new players. The Yengii are intended as a challenge for players who have played several games. …

The Kt'Zr'Kt'Rtl have a single driving need: green cubes. They have many products to sell for them, including a near inexhaustible supply of inexpensive colonies.

Recommended for players who desire a razor-sharp focus to their goals, and the tools to negotiate for it.

The Caylion need very little (other than ships), and thus give you no direction.

They will support you well with any goals you choose. Recommended for players who are comfortable choosing a path for themselves without landmarks. … 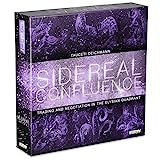